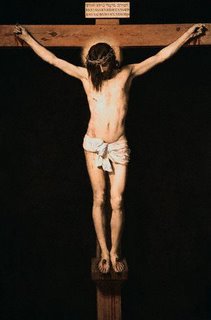 Little Adi was doing very badly in math. His parents had tried everything; tutors, flash cards, special learning classes, in short everything they could think of. In a last ditch effort, they took and enrolled him in the local Catholic school.
After the first day, little Adi comes home with a very serious look on his face. He doesn't kiss his mother hello. Instead, he goes straight to his room and starts studying. Books and papers are spread all over the room and little Adi is hard at work. His mother is amazed. She calls him down to dinner and to her shock, the minute he is done, he marches back to his room without a word and in no time is back hitting the books as hard as before.
This goes on for sometime, day after day, while the mother tries to understand what made all the difference.
Finally, little Adi brings home his report card. He quitely lays it on the table and goes up to his room and his books. With great trepidation, his mom looks at it and to her surprise, little Adi got an 'A' in math. She can no longer hold jer curiosity and says, "Son, what was it? Was it the nuns?"
Adi looks at her and shakes his head. "No." "Well then," she replies, "was it the books, the discipline, the structure, the uniforms, WHAT was it?"
Little Adi looks at her and says, "On the first day of school, when I saw that guy nailed to the plus sign, I knew they weren't fooling around."
by delhidreams at 19:43

i want 2 know ur job profile in detail and the name of the company u r working with.

thnaks for visiting on my blog. I would like to link with you on my site, as I am always interested in the latest Blooywood soundtracks...and hving a friend in India!!. My site has alot of pictures from Pushkar and varanasi...